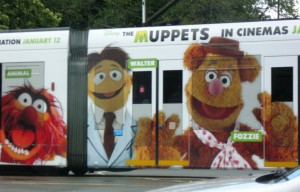 ANNOUNCEMENT: THERE WILL BE NO NECESSARY CHANGE

Australia once had the gumption to lead the world in matters of social reform.

Without obsequiously establishing whether it was being done overseas, Australia saw the need to introduce a federal land tax under the Fisher government in 1910.

It was abolished by the Menzies’ government in 1952.

Australian governments now check with the halls of power and privilege whether it’s OK or not for a tax measure to be introduced.

Kevin Rudd failed to do this in the case of the RSPT and lost his prime ministership over it.

Julia Gillard then consulted with the big boys before coming up with the MRRT which will capture tens of billions less of Australians’ common wealth to the public purse.

Australians have become completely beholden to the 0.1%.

Whether or not we like to admit it, we’ve become their muppets.

18 thoughts on “HOW AUSTRALIANS BECAME MUPPETS”