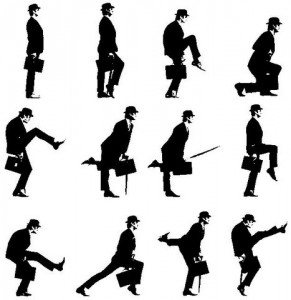 Bloomberg tells us US Fed officials saw the housing bubble in 2005 but didn’t alter policy. We are told Greenspan did increase interest rates but that he didn’t warn the US strongly enough.

OK, so what’s new? What could he have done without scaring the horses? Even if he’d increased interest rates 5% in one fell swoop, it wouldn’t have done a thing.

There’s only one way to curtail a property bubble, and Greenspan and his crew know it, but he wouldn’t recommend the government employ it to put an end to repetitive real estate bubbles because it cries “Enough!” to the great rort the banking system perpetrates upon us all.

Banks capture the rent of land, one-third of the economy, by way of mortgage repayments on the land-inflated price of real estate.

The scam can only be put paid to by governments capturing land and natural resource rent for public purposes instead of taxation.

If we haven’t the will for that, we can write all the stories we like about Greenspan and other distracting individuals, but we must ultimately blame ourselves for being played for idiots in the creation of economic recession or depression – and then coming back for more.

We lack not only the intestinal fortitude to do the right thing, preferring to be taxed on our comings and goings, but also have a remarkable ability to deny that this is the only course of action we may take to stop being ripped off by the already super-wealthy.