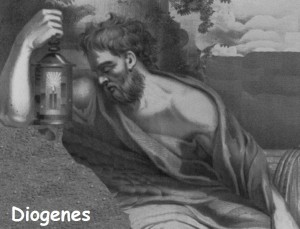 How few understand what made St Paul’s a model of how society could really sustain itself.

Even though it was rough and ready, it worked perfectly for 3 weeks.

Then declined… and fell.

In that short time, a majority of Occupiers had put aside their prejudices by giving all people equal space to speak, right or wrong, made it a first duty to help others before themselves, abolished respect for all leaders and experts on camp.

And the result was?

Something we call “Energy”. An almost magic force that just made things work. Some said we were lucky. I say it is because we told the truth and helped each other… from the heart. Not the pocket or the mind.

Occupy London successfully pushed back on, and exposed corruption for all to see, within the most powerful institutions in the land: The City of London, The Church, The Media, The Law. And the people of the country to a large extent saw it all play out. They know it now.

Because we told the simple truth. No bullshit, no experts, no intellect. This “Energy” is strange thing. I often found myself speaking to the camera in a way I had not learned. I was getting “help” from somewhere. Was that the “spirit” of our small social organisation. Or something else? I cannot explain this.

We had shown that if the people get up and make a stand, change can happen. But you have to get up and do it. Yes that’s right, we took our bodies and sent them to the front line.

There is nothing special about an Occupier. I loved every minute of it. I will do it again, happily. We have simply changed our minds and made the free choice all people have, to no longer submit to the corrupt. And told everyone exactly that. How quickly the powerful cave in. That free decision, a commitment to protest, gave me the confidence to overwhelm the dangers, corrupt power, the cold.

The wider result, I think its fair to say, gave all people the confidence that they have the ultimate power too, if they make the free choice to use it. So my view now is not to blame the powerful.

But to ask ourselves the big question: “Do I really mean it?”

Alas, we only had so much “Energy”. I have never burnt the candle more fiercely  than that in my 48 years. In 3 weeks the Energy started to run out. We should not be ashamed of this. We could not keep such a high maintenance, un-grounded, dangerous activity going forever. The authorities knew this but it took them a while before they stopped having a go. In Wall Street, they were not that smart. It seems to me America is a broken society already in decline.

So, even we finally became recaptured by the corrupt regime we were protesting against. Isn’t it ironic?

Occupiers started to get flattered by the camera, became arrogant of the success, saw a future career working for the 1%, got media bribes to say what the press wanted, were given high seats in the church and within legal counsel. We succumbed and let our egos steal back that magic, “The Energy”.

Sound familiar? All things that today’s mainstream society carries out without even knowing it. The people have got used to corruption and no longer know they don’t know. Have the people become corrupt too?

I was guilty too but stayed for another 9 weeks, in denial of the loss of something so special. This takes nothing away from the protest. It simply shows how deep the problem goes. We are all at it, Occupiers are trying hard to stop it but are still a part of society. We cannot live in a vacuum of perfection.

For a grown man I shed a lot of tears at St Paul’s, many times when observing the completely unnecessary depravity society knowingly commits the few to and then leaves them to die. Or how the same utterly hopeless cases immediately found a purpose for life simply after realising they were now part of their own small society once again.

But the most tears came when normal people, maybe a 1000 passers by at my tent, who made special trips from across the nation, to tell their story. They would say:

“All we have done is worked hard, built good businesses, now we are in desperate trouble, we want to get a tent and protest with you, to be Occupiers too, but cannot because we are so afraid of losing our jobs and families if we do so. We have come to say thank you for doing it for us.”

We say, these visitors are as much Occupiers as anyone who chose to share tents with the vulnerable.

The moniker of the Occupy Movement is “The 99% versus the 1%”. I do not believe in this marketing for a moment. It too is inherently corrupt. Divisive rather than uniting.

I believe life, society and this world are about the 100%. Only when the care of others first is written on our hearts can the enormous gift we’ve been offered of abundance, freedom and security be permanently sustained.

Reward yourself by going to Robin Smith’s original at

and clicking on his interview in the video “St Paul’s School of Economics”.